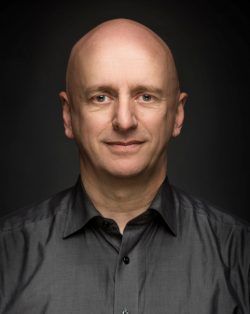 During the first week of January I had the chance to travel to Germany to shadow Honne Dohrmann, Head of Tanzmainz, the dance ensemble of the Mainz State Theatre . This opportunity came as result of my participation in the ‘Business of Dance’ training programme organised by One Dance UK and British Dance Edition  to help emerging companies to develop their international profile.

I have known Honne for several years, first as a director of Tanzcompagnie Oldenburg, and I have always been impressed by the sense of integrity that permeates his work. His credentials in the field of arts management are impressive: he was actively involved in the development of IETM , the international network for contemporary performing arts, he has been engaged as director, curator and dramaturg of numerous international dance and theatre festivals, and he was a member of the experts’ committee of the European Commission’s Cultural Programme.

Since 2014, Honne is the Artistic Director of Tanzmainz , a 20-strong ensemble of dancers creating original works in collaboration with a wide range of international choreographers in the German city of Mainz.

Honne Dohrmann: For me, it was very healthy to have a new beginning. We brought part of the dancers and the production crew from Oldenburg.

Joan Clevillé: How did you connect with a new city and a new audience?

HD: First of all, I went everywhere I could go, just to meet people, to receptions, shows and so on… It was also important to be very present at the foyer during the first performances, to lead introductions or post-show discussions. We don’t have the figure of a ‘director/choreographer’, but people and the media still need a face, and I am the face of the company.
The first Tanzmainz Festival was also very important for us to take ground here. There had never been a dance festival at Staatstheater Mainz and it was an amazing success. We never expected it! It also helped the dancers to arrive, as they were helping in the preparations. They were new in the city, but after half a year they were hosts themselves for the guest artists. The Festival attracted huge media attention and it helped us to transmit the message that here is a change. A change in dance, new people, a new concept.

Finding your own identity as a dance company is indeed a difficult challenge. This can be even more difficult for a repertory company. During the three days I spent with Honne, we talked a lot about his concept for the Company:

HD: I like to say that we are ‘open four-walls’: we invite guest choreographers, we tour nationally and internationally (so we become ambassadors for the city of Mainz and the region), we show the work of international artists during the Festival (giving context to our own work) and we open towards the city, which is something that had never happened before (for instance collaborating with local artists and amateurs, even integrating them into some of our shows). This opening into all directions was a very important message for me.

JC: As an Artistic Director and festival curator, you programme a wide range of work. What do you search for in the artists that you commission and the pieces you programme?

HD: I’m interested in works that have an effect that goes beyond the theatre and that you can take home. Works that open a new universe in you. I like works that reflect society and what’s around us, and provide an honest experience for each single spectator.
In more general terms, I search for works that help us to understand what contemporary dance is, which is an art form with a very broad variety of signatures and aesthetics. In a way, we try to help the audience to understand and develop the joy of watching contemporary dance. As we all know, the more you understand, the more you see. And the more you are able to judge, the more you can digest and connect. That’s the big goal.

After three years in Mainz, Honne’s approach is no doubt bearing fruit. During my time in the city, I managed to squeeze in one of the sold-out performances of their latest programme, MAGMA, a double bill by company dancer Alessandra Corti and Barcelona-based choreographers Guy Nader & Maria Campos. There was a palpable warmth and sense of connection between the dancers and their home audience, and by the end of the show, the entire auditorium jumped to their feet to give the company a seven curtain call standing ovation.

As a choreographer based in Dundee, I wondered if this strong sense of connection between a company and its audience is something particular of smaller cities:

HD: Very often the renewal comes from the periphery because you have time to develop your signature, you have less competition… Very often what we find in the capitals did its first steps somewhere else, and then comes towards the centres in order to get more support or publicity. But ideas are very often born in the periphery. There you may have a stronger relationship with your audiences and I value this dialogue a lot. I worked in Berlin for a couple of years and it was a very conscious decision to move to a place that doesn’t have two million but two hundred thousand inhabitants. In this environment, you can really meet your audience and grow together. I am happy to be in Mainz, a city with a sense of place and with a strong identity. As a dance company, we can connect to that, and hopefully reflect and become an important part of the life of this ‘smaller’ city.

True to that philosophy, Tanzmainz’s next creation, Shift, will premiere on 21st of January inside the Christuskirche, the main Protestant church in the city, as part of the cultural programme of the 500th Anniversary of the Reformation. Find out more here.

The next edition of Tanzmainz Festival will take place from 23rd March to 1st April, with performances of Joan Clevillé Dance’s Plan B for Utopia on 24th and 25th March almost sold out. Tickets are still available, click here for full details and booking.

Searching for a summer read? Here is mine: #LessIsMore Thank you @jasonhickel for offering such informed and inspiring insights into the climate crisis and the path towards a post-Capitalist society pic.twitter.com/h4xGtqkujS

So grateful to have had the opportunity to work with these two incredible artists over the past year. Thank you Aeron Preston and Yasmina Patel ❤️❤️ twitter.com/SDTDance/statu…

This is going to be very special... tomorrow between 2-7pm at @MagdalenGreen #Dundee twitter.com/nattygilmore/s…