I have been invited to teach this week at  Skånes Dansteater, Sweden’s largest independent dance institution and one of the most prominent repertory dance companies in Northern Europe.

The company is currently performing The Feeling of Going (above) by British choreographer Ben Wright (who is also Associate Artistic Director of the company). The production is back by popular demand after a hugely successful run last year. This week’s performances at Malmö’s Opera are already sold out!

Featuring live music composed by Jónsi, Sigur Ros’s lead singer, the piece takes the audience on a journey into an extraordinary territory where anything can occur. Set in a mythical domain where human and beast measure their strength against one another and lend each other life; this is a landscape where wakefulness and dreaming merge, where time and space float free from one another – un-fixed and ever changing. 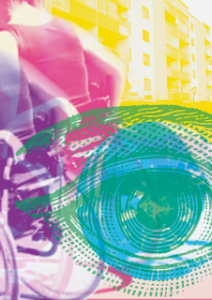 Another Scottish-based artist is working with the company at the moment. Dancer and choreographer Caroline Bowditch has had a long standing relationship with the company and is now creating a new outdoor work with an inclusive cast of trained and untrained bodies. Raising questions about equality and visibility, C-me will be performed in the streets of Malmö from 24th to 28th of June.

Searching for a summer read? Here is mine: #LessIsMore Thank you @jasonhickel for offering such informed and inspiring insights into the climate crisis and the path towards a post-Capitalist society pic.twitter.com/h4xGtqkujS

So grateful to have had the opportunity to work with these two incredible artists over the past year. Thank you Aeron Preston and Yasmina Patel ❤️❤️ twitter.com/SDTDance/statu…

This is going to be very special... tomorrow between 2-7pm at @MagdalenGreen #Dundee twitter.com/nattygilmore/s…